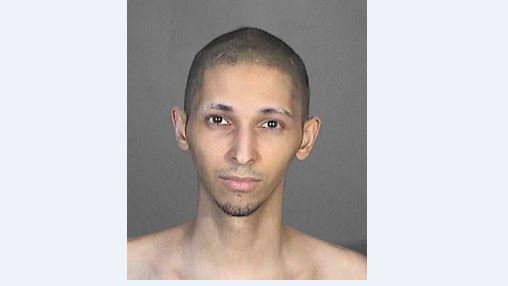 This rocket scientist and others of similar ilk were playing computer games on some on-line forum. Somebody won a whole buck and the loser stiffed him, wouldn’t pay. So to get back, the loser recruited Tyler to exact revenge. Tyler has a reputation for SWATTING folks and is therefore considered a bad ass. Tyler called the local police department (where the deadbeat lives) and reported an active shooter with people dead and hostages. Tyler gave the police the address the deadbeat had given him. The deadbeat already lied to him once, why would he have any faith in the address being legitimate?

It wasn’t. The SWAT team made contact and shot and killed the father of two. Barriss. Barriss was identified because he was anxious  claim bragging rights. He has been arrested. He set the whole chain of events in motion and but not for him this wouldn’t have occurred. His dance card is probably full for the next twenty years.

However, I’m not giving the cops a bye. There have been an estimated 400 phoney SWAT call ups in the past couple of years. The first line of defense that any team has is expressed by the two greatest criminal investigators that ever existed. Yeah you got it:

SWAT situations don’t exist in a vacuum. When an event is momentous enough to require a SWAT call up the effects are projected outside the perimeter of the event. People running screaming from the target location can be considered a clue.

What the officers find on first arrival, must be coupled with what they know; the situation as reported. If there is no disturbance, no unusual activity, no follow up calls, just crickets, then the default response becomes the standard secure and hold. If the officers hear gunfire or obtain additional information to indicate a deadly assault is in progress, then they can switch to the dynamic entry.

The officers allowed them to be sucked into a situation. I wasn’t there but I’m guessing at the last moment (probably because the lead officer felt the disconnect)they went from full bull goose dynamic where they roll over everything standing to a, “Excuse me Mam, we have a report of a mass murder here, can we come in?” That is a recipe for disaster.

Come on SWAT you can do better. SWAT exists to handle problems that fall outside the expertise, equipment or manpower that patrol can bring to bear to a situation. The old one size fits all, “contain and negotiate model” was rendered obsolete by Columbine and the San Diego MacDonald’s incidents. The “dynamic entry” works fine to address the active shooter but has short comings when the whole team comes to a screeching halt while one element (two man team) stops to address a less than lethal problem.

Talk to the Narcs. Yeah, I know they aren’t as pretty as SWAT, no color coordinated outfits. They may have a few tricks and tips from their side of the house that SWAT can use. Hint; plan “Z” and dynamic leapfrog.

In the mean time let’s get Barriss extradited, tried and convicted before California decides to give him the keys to the State.