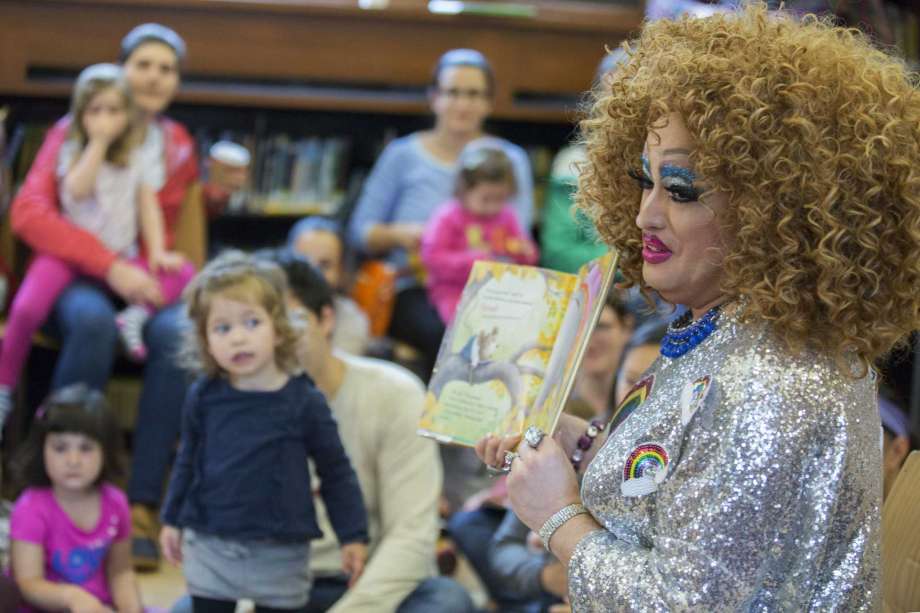 Another reason New York City is the shithole that it is. The public library has story time for children. Storytime may conjure up visions of a matronly woman in pearls, straight from central casting as everybody’s grandmother. Another alternative would be an old guy wearing a moth-eaten cardigan ready to regale the audience with “Cat in the Hat.” You would be wrong; this is New York, nothing but a 270-pound drag queen will do. Doesn’t every family have an eccentric Uncle Ernie? Who sometimes appears at family affairs as Auntie Ernestine? Library-brings-drag-queens-kids-together-for-storytime

When I was a kid in the late fifties early sixties, we would make an annual Thanksgiving pilgrimage to New York City. Never once saw the damn parade live. My mother was an only child. My father was the youngest of six, four brothers, one sister. The only time we saw his side of the family is when we traveled to New York. New Yorkers, at the time, were only allowed to travel to Miami Beach and Las Vegas. Since we lived in Massachusetts, we never saw them except for our forays to the Big Apple.

It was a trying time for a kid when the whole family got together. Here were all these strangers that we were told were family. The Uncles were bearable, how were they supposed to carry on a conversation with an eight-year-old? “Hey, how are ya?” Done, not too bad. The Aunts, on the other hand, strongly resembled the guy in the picture, both in build and sense of style. They wanted to hug and pinch cheeks and ask all sorts of intrusive questions, “Do you like school? What grade are you in? My Janie is in the same grade as you.”

If my straight aunts set off alarm bells, imagine what Lil Miss Hot Mess can do. Look at the picture. I’m not sure the little girl in the blue is buying off on the program.

*Storyville was the red-light district in New Orleans