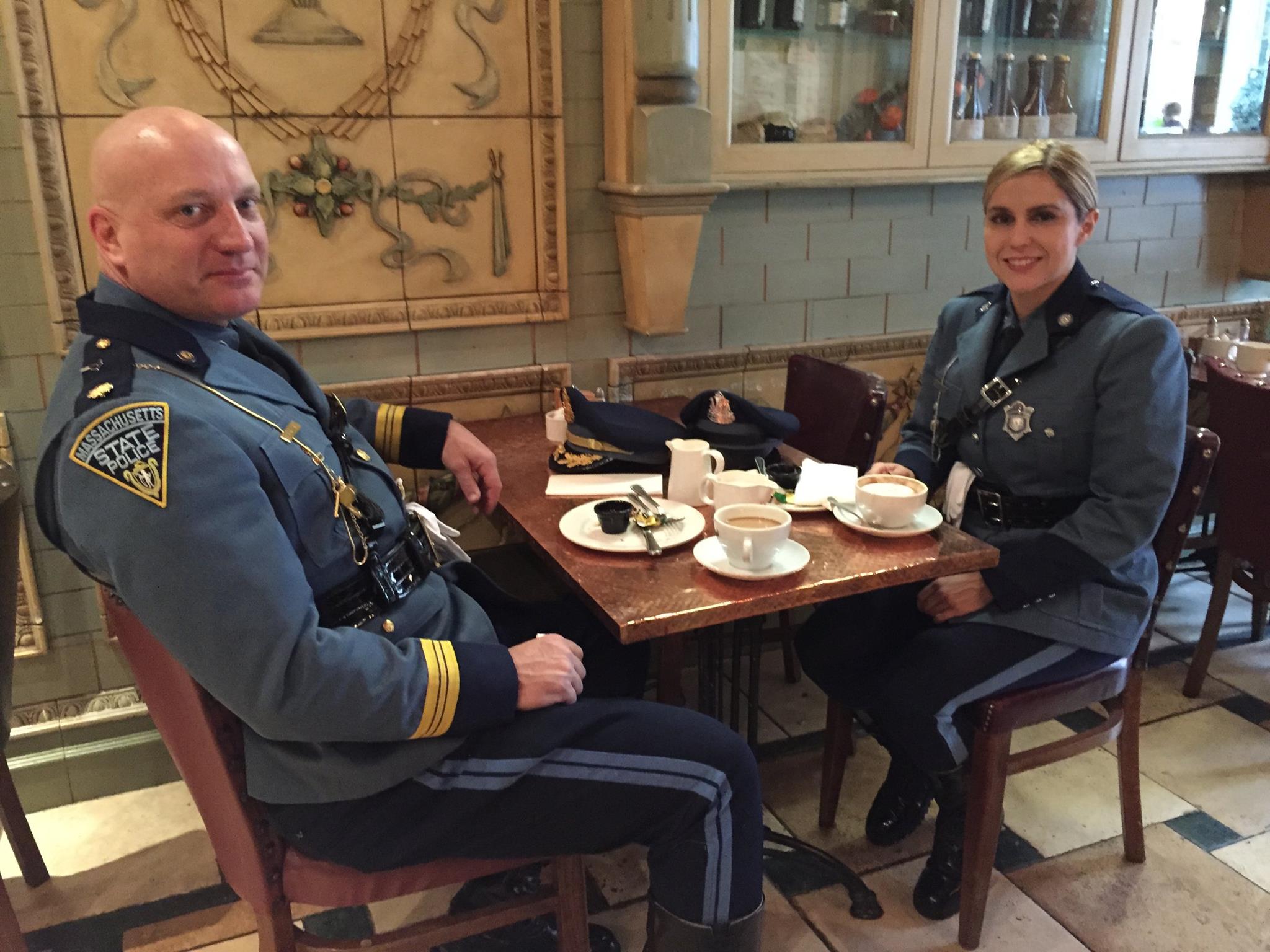 The US system of Government sucks, but it beats everything else out there. An example from the People’s Republic of Massachusetts. If you were to talk with a Masshole (the proper term for a resident of the Commonwealth, not state, thank you) you would find that 85% of the voters are registered as Independent. This is not because they are Independent, but because they saw what happened to the neighbors who were stupid enough to register as Republican. They are hedging their bets against the day that the Republicans actually win.

The result is a single party system were top to bottom everybody in state and local government feels invincible. Here is the story of Trooper Leigha Gendsuso, pictured above with Lt Col. Daniel Risteen. Trooper Leigha Gendsuso has no business being a police officer, she should not even be allowed to spell POLICE but there she was, until recently $150,000 a year as a State Trooper in Massachusetts. We used to call them Chapter 90 Marines. How to Join the Massachusetts State Police.

Ms. Genduso’s former boyfriend was a substantial drug dealer. He was sent to prison due to the efforts of DEA. Genduso was implicated during the investigation and could have been indicted on a wide variety of felonies. She skated. With boyfriend out of the way, she traded her job as a cocktail waitress to work for the Massachusetts State Police as a Dispatcher.

There is one rule in the manual of how to hire a police dispatcher; DO NOT HIRE TITTIE DANCERS OR COCKTAIL WAITRESSES. It is a simple rule. Most of the dispatcher candidates, you don’t want to see naked. If one follows the rules opportunity is limited.

This is not true with cocktail waitress/tittie dancers. The average police commander could begin the interview with the reserve of Cotton Mather but in the end, wonder what she would look like naked. tIn no time at all, the first time the door closes in a boss’s office you can’t keep the clothes on them. Discipline breaks down and comments begin as they move from Lieutenant to Captain, to Deputy Chief’s office carrying their clothes. Next, it is discovered that the entire yearly budget for Polaroid film has been expended in the first month of the new budget year. Admit it a naked dispatcher with both feet behind her head is worthy of documentation from a variety of angles. The rank and file get a little surly when they can no longer photograph giant turds, turds that resemble the Patrol Captain in profile or the ever popular pasting the Chief’s face on the urinal pucks.

I used the blog turtleboyssports.com because it seems to cover a longer time period describing the antics of the Massachusetts State Police. However, you can find the story in the the MSM. Used to be when administrations pulled shit like this they had to sneak around. Now arrogance rules and it really doesn’t matter what Joe Public feels.

Seventy years ago the Italians proved that a street light standard will support the weight of a well hung fascist. Don’t let a light standard go to waste.