I have to admit to a certain sympathy with the fast food workers who denied service to on duty police officers. There is a lot more to this than meets the eye. 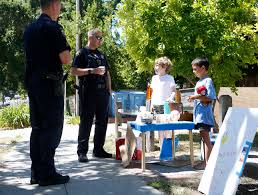 DO YOU POP? (Police talk for do you give freebies)

Most police departments have a policy, directed at the troops that says, “No free lunch”. Mine did. On the very first day I showed up to work my Sergeant gave me a tour of the town and pointed out the places where I could get a free meal, a half price meal or free coffee.  There was also the prospect of discount dry cleaning (for uniforms), shoe repair and automotive work. After work there were bars that served free drinks.  All of these discounts and freebies were a perk of employment.

In the 1980’s shortly after Lee Brown became Chief of Police in Houston (HPD),put out a video to be shown at all watches, repeatedly that reiterated HPD policy against accepting freebies this in conjunction with the District Attorney Johnny Holmes .  Officers were threatened with prosecution both through HPD administrative procedure and possibly the criminal courts.  This did not set well with the troops. Unfortunately, Houston was the host city for the International Association of Police Chiefs (IACP) convention that year.  A memo, from Chief Brown’s office, was leaked.  The memo solicited free goods, services, gifts and meals for IACP participants to be given out in the name of HPD.  So ended the great anti-freebie crusade.

Many departments began to change the policy and set limits as to what was acceptable and unacceptable.  This makes sense to me because as experience has shown a compete ban was routinely ignored.  If a department is going to have a policy that is ignored, then why bother? Officers were still banned from soliciting a freebie, you either got it or you didn’t.

Each officer had to come up with his own comfort level.  I tried to stay away from places that offered free meals, I wasn’t always consistent.  If a quid pro quo situation was to arise it usually involved an establishment that offered free meals.  Free coffee and half price was a little easier to deal with.  The waitress got the difference.  What?  You thought the waitresses liked us?  I never had any expectation of a consideration when I was off duty.

Each officer came up with his own level of what was acceptable.  Some officers could play handball against the curb.  One off duty officer ended the half price tradition at a restaurant when he became irate because he didn’t get half price, off duty, with his party of seventeen. Ironically, the restauranteur’s children were, at the time, a highway patrol officer, fire fighter paramedic and police officer.  I worked with a Sergeant, we will call “Happy Meal” and “Hey Boy”.  Happy Meal was 5’6″, 300 pounds and an abject coward.  He admitted to being a coward, so that ended up being his only redeeming quality, know thyself.  Happy Meal and Hey Boy would show up at the police station at 11:30 am, in uniform.  They didn’t start work until 1:45 pm. They would grab a spare patrol car and head off to lunch.  They only ate free.  Some of the freebie places on their list were dictated by who was working.  They would cruise the parking lots of various restaurants assessing the possibility of getting a freebie.  This was the only investigative effort I ever observed from these two.  If the odds weren’t good they had a default location, that always “Popped”.  After lunch it would be time to go to work and come 6:00 pm they would go back to their lunch time place for another round. The waitresses considered themselves lucky if they got a 10% tip.

This largess on the part of restaurants has a variety of origins.  Sometimes it is a quid pro quo.  The midnight shift at a police department in Texas where they have happy cows but no ice cream had one objective that absolutely had to be met.  Failure was not an option. Everyday at 4:30 am the district officer picked up the keys to the restaurant and went there to turn on the grill and the giant coffee urn.  Some establishments feel like a patrol car parked out front gives them extra security.  A San Antonio patrol officer and a Church’s Chicken found out this was a false sense of security when an irate husband shot and killed the patrolman moments before killing his wife and child. For many of the fast food restaurants the decision to “pop” and to what degree is a corporate one.  They have meal receipts preprinted to cover discount meals.  Many chain convenience  stores have “police” cups for coffee and soft drinks. They track drink sales by cup count, so the cop cups are tracked as a separate category.  Probably the tradition of the “Pop” goes back to the beat cop.

Before patrol cars there was the beat cop.  The beat cop was directed to patrol a given area so many blocks long by so many wide.  He walked to his assigned beat and he walked around it until it was time to go back to the station and then he walked back.  During business hours there were any number of places where the beat officer could use a bathroom, sit down and visit, store a raincoat or take telephone calls.  After business hours the options narrowed as businesses closed for the day. Two businesses that remained open later were bars and restaurants.

A little about the uniform of the era.  The trousers and coat were dark blue.  The coat or “reefer” had two rows of brass buttons and buttoned tight to the throat.  There was no uniform shirt.  Officers would wear a civilian shirt or sweater under the reefer.  The gun belt was worn under the reefer.  Officers working evenings and midnights were forced by circumstances to use the back room of bars and restaurants as a staging area.  It wasn’t long before some enterprising officer realized if I dump the reefer and gun belt, I too can belly up to the bar. Police supervisors were expected to give their officers a “see” during the course of each shift.  It was no secret as to where the beat officer would retreat in times of need.  Supervisors would go to the bar, check the back room, if the beat officer wasn’t there, they would glance at the backs of the drinkers, as they lined the bar and continue to the next location. It was only a matter of time before police departments caught wise and started putting stripes down the outside pant leg of the uniform pants.

The stories are silent as to whether this is a “Do you Pop” story.  I know that “Whataburger” does offer a discount.  How much and under what circumstances are dictated by the franchise.  I know that the officers involved were from outside agencies working an extra job.  There is no indication that they asked for or expected a discount.  I imagine that the “Whataburger” guy gave voice to feelings the waitresses were able to suppress  when confronted by Happy meal and Hey Boy. As a harbinger of the end of times for modern law enforcement, this isn’t it.

The cops acted appropriately by walking out.  The company did themselves proud.  The press showed once again, it about filling a page  and not content.